Don't settle for your dream job 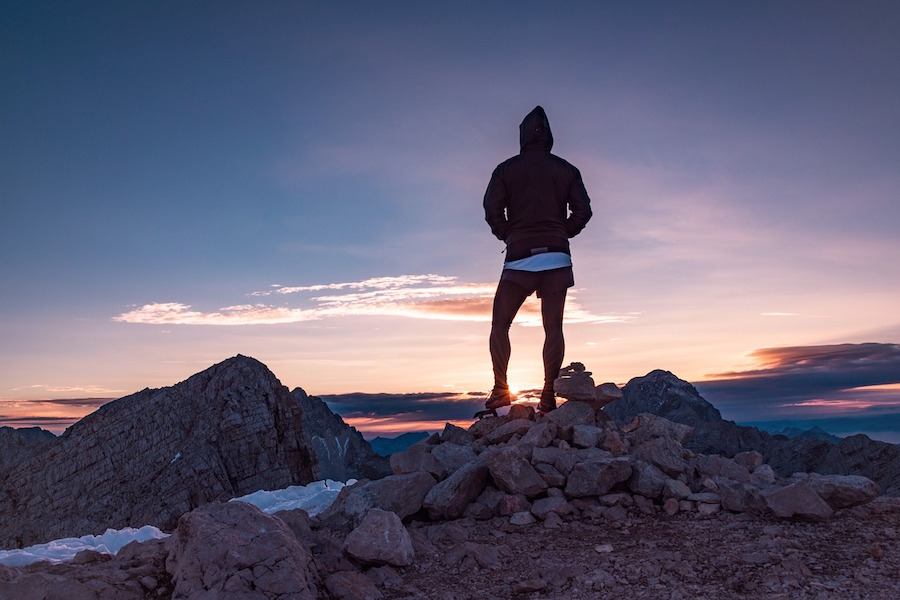 Reaching the peak of a mountain or the perceived end of a career path is rewarding, but that doesn't mean there's nothing left to accomplish.

Recently I found myself on an airplane returning to the US after two weeks abroad. When I had had my fill of watching La La Land too many times to count, I decided to pull up the shade and glory in the globe below me. I found I was flying over Greenland. The stark beauty of the glaciers and mountain peaks moved me, and as I quickly and quietly zoomed above the surface of the planet, my mind started to migrate toward the concept of upper edges, limits, and boundary points.

My first thought concerned the hackneyed perception that pursuing a career is like climbing a mountain, with a goal of reaching the top. At some point in your life, you set a career objective, perhaps to get a senior-level job in Company X or to work on a project related to Y. You work hard, possibly for years, to achieve that success. And then one day, you do it. You accomplish your goal. You reach the top. Now what?

Hikers who reach the top of a mountain take some selfies and then leave. They might stay up on that peak for only a few minutes before they scurry back down the trail. Their next step after reaching the highest point is in the direction from which they came.

How can this be a good mental approach for a career plan? Too often we aim for an ultimate goal, an upper limit. Rather than set boundaries, choose instead to explore an infinite space of possibilities. Such a change in mind-set can make a huge difference in how you view yourself and ultimately how you define your impact potential.

Pursuing a continuum of success doesn’t mean that you shouldn’t have individual goals—rungs of a ladder, if you will—that you are eager to reach and surpass. Each rung leads to the next and allows you to hone skills, gain experience, and learn lessons that make you stronger at your profession.

Don’t get me wrong: If you are satisfied with where you are and what you have achieved, you do not have to go any higher. If remaining on a particularly coveted rung of the ladder brings you joy, then there is no reason to move.

And there’s truth to the idea that having an overarching objective can be a great motivator. The comedic actor Jim Carrey, when he was just starting out in stand-up comedy, would literally go up on a hill overlooking Los Angeles and his success. He wrote himself a check for $10 million for “acting services rendered” and postdated it by three years. Just a few years later, Carrey scored $7 million for the movie Dumb and Dumber. “Visualization works, if you work hard,” noted Oprah Winfrey while interviewing him on the subject in 1997.

But why stop at $7 million? If you’re not careful, then setting limits can prevent you from moving forward. Some people think that once they reach their dream job, they should stop. They feel that they are so fortunate to have reached a certain level in their career that they don’t need or deserve to go any higher. They don’t negotiate for new positions or ask for more resources to help them do their job better. They put blinders on and miss out on other opportunities where they could be even more impactful and creative.

So go for the Nobel Prize. Go for the Breakthrough Prize. Heck, why not think about creating your own prize? Think big. Think bold. Think beyond.

Here are a few tips to help you foster a career strategy sans an upper boundary:

The pursuit of innovation and novel problem solving is probably one of your internal drivers. If so, reaching a mountain peak is going to inhibit that problem-solving potential. Mow the mountain down. And don’t let complacency or a sense of “I don’t want to rock the boat” or “I don’t want to appear ungrateful” set a ceiling for you. Ultimately, how you plan and perceive your career is up to you.

Alaina G. Levine is a science and engineering writer, career consultant, and professional speaker and comedian. She is the author of Networking for Nerds, which was named by Physics Today as one of the top five books of 2015. She can be reached through her website, www.alainalevine.com, or on Twitter at @AlainaGLevine.